News / To conquer Europe by bike 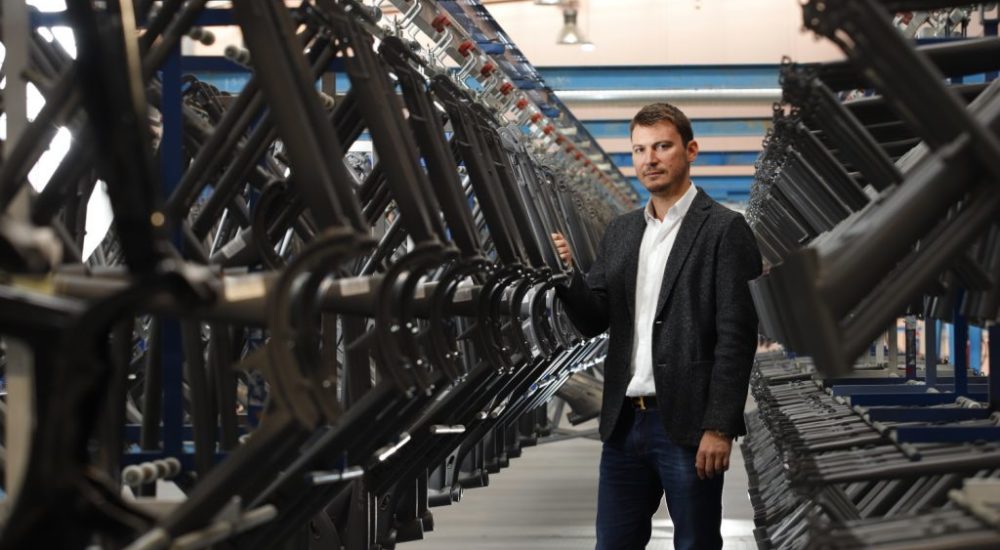 To conquer Europe by bike

Dimitar Zlatanov is running Leader 96 on a grand scale. The company produced 210,000 bicycles in 2019, and revenues exceed BGN 100 million. 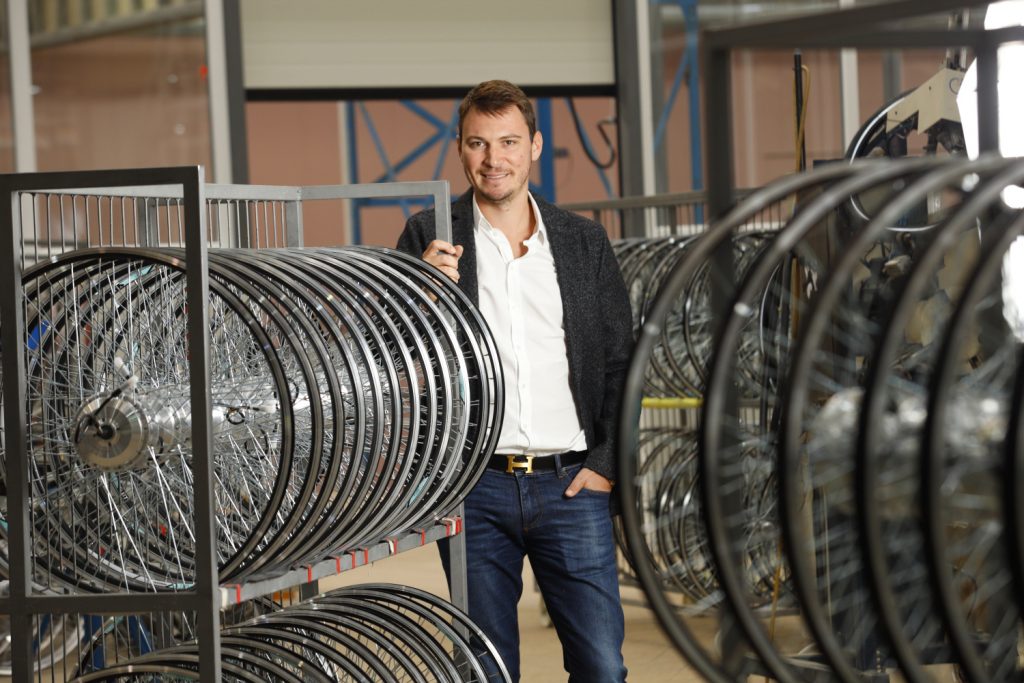 Second-class inter-village road near Plovdiv, it is difficult for us to imagine what is hidden after one of its bends. We are greeted by two modern factories with innovative solutions and a business for millions. A huge sign shows us that we are in front of the home of Leader 96 – a manufacturer of bicycles, entirely for export. In the village of Rogosh are the two factories – “Leader 1” and “Leader 2”. In the second, electric and high-class bicycles are made. The equipment has five production lines. A young man walks by one and gives advice to the workers. We hear: “There should be no compromise with quality.” This is 35-year-old Dimitar Zlatanov – co-owner and CEO of “Leader 96”. Every day for at least an hour he personally monitors the production and gives advice to managers and workers.

The idea for the company originated in the first years of democracy, when only Balkan bikes were produced in the country and there were few imports of Turkish and Italian bicycles. Then Dimitar Zlatanov’s father, Georgi Zlatanov, together with several partners decided to found the CROSS company in Montana. This happened in 1995. A year later, Leader 96 was launched, initially as a trading company mainly engaged in the import of bicycles. In 2000 the company separated from CROS and became independent. He started making parts and assembling bicycles.

Then Dimitar Zlatanov was 16 years old and in his free time and during the holidays he was in “Leader 96”. He not only observes, but also participates in the production and gradually enters the depths of the business. It was then that he first participated in deals and worked with partners. His father took him to China to translate from English and gain experience. “I remember that after each meeting my father fired me. He kept telling me, “You’re only here to translate, don’t try to negotiate.” I told him yes, Dad, and the next day it all happened again. In about 30 days in China, I was fired 20 times, “Dimitar Zlatanov recalled, noting that he had learned a lot on that trip. “The most important thing I took from my father was that in business, things happen when they are well thought out.”

Dimitar Zlatanov started a permanent job in the company after graduating from Bocconi University in Italy in 2006 with a degree in economics and management. He says that his father offered him to return and get involved in the business, making an offer he could not resist:

If you do well, I will retire and leave the company to you.

Winged, 22-year-old Dimitar Zlatanov returned to Bulgaria and went through almost all positions in the company – from production, through finance to trade. In two years he gained serious experience and proved to his father that he could run the business. In 2008, he became CEO of Leader 96, and his father retired.

The son sees huge potential for the company in foreign markets and focuses on them. The company began to assemble more and more bikes, to expand its business and to establish itself as a reliable manufacturer in Europe. For six years at the helm of the company Dimitar Zlatanov increased the turnover to over BGN 50 million. This began to attract the interests of financial and strategic investors from abroad. Leader 96 received a number of offers, including a full buyout of the business, but Zlatanov turned them down because he could not find a reliable enough partner. This led to the emergence of KJK Capital in 2015, a Finnish fund that offers financial services and asset management with a focus on the Baltic region and the Balkans. At that time, the investor managed assets of nearly 500 million euros and is well known in our country. KJK has minority stakes in a number of businesses, including Sopharma, Eurohold Bulgaria and CEZ. 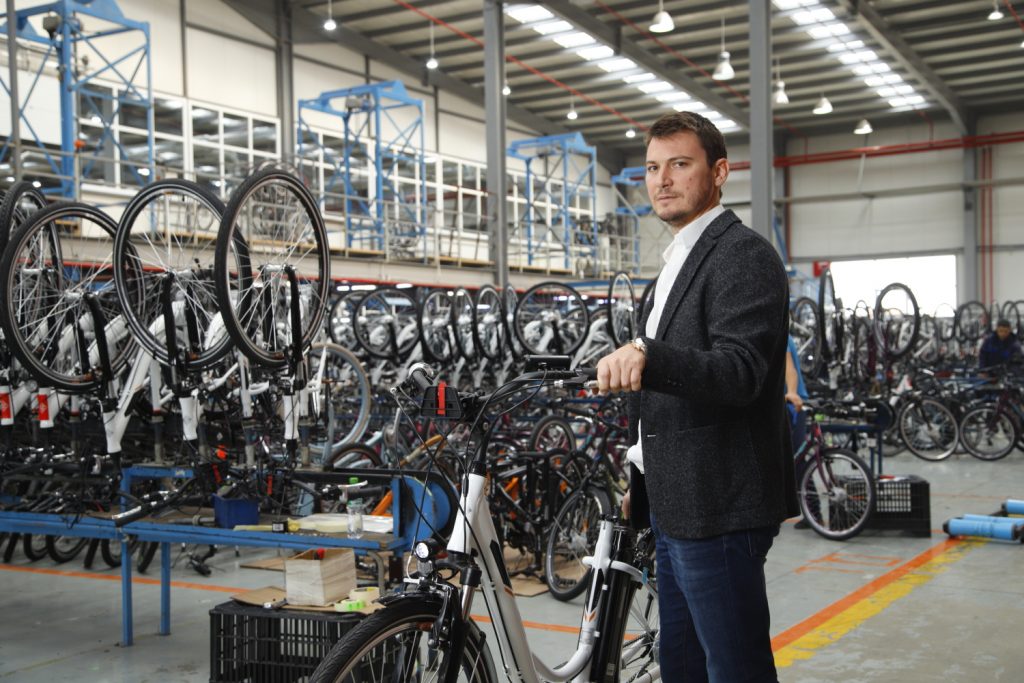 Even at the introduction meeting between the two parties, Zlatanov likes KJK, the Finnish investor makes an offer that corresponds to his vision and understanding of the future of “Leader 96”. “The idea of having a serious financial partner with a proven name seemed very good to us. But most of all, we were tempted by their development strategy. They presented us with an exceptional business plan for the next five years “, says Zlatanov.

In 2016, the deal was a fact and KJK acquired 60% of the Bulgarian manufacturer. Its parameters are confidential, but then the Bulgarian company became a serious player in the bicycle market in Europe. Leader 96 becomes part of the investment company KJK Sport, which also includes the Slovenian Elan d.o.o. for the production of skis and boats, the Estonian Tahe Outdoors, which deals with water sports equipment, and recently the Lithuanian bicycle manufacturer Baltik Vairas. “KJK does not interfere in our production process. Their added value is in corporate governance. How to run a company by Western standards to achieve great success. They gave us strategic decisions for business growth through acquisitions and synergies with similar companies, “says Zlatanov.

Today, Leader 96 operates in 20 markets, the main ones being Germany, Belgium, the Netherlands, Denmark, Sweden and Norway. Due to tariffs imposed by US President Donald Trump on Chinese goods, there are more and more inquiries about doing business with US companies.

However, the largest market for Leader 96 is Germany and it accounts for nearly 40% of turnover. There Leader operates under two own brands – Panther, a brand in the middle and upper class with a 100-year history and prices from 400 to 3 thousand euros, and Tretwerk, mainly for online sales.

The bicycles are assembled in the factories of Leader 96 in the Plovdiv village of Rogosh, where 520 people work. 60 of them are in the administration. In one of the factories the are made for low and middle class bikes, and in the other – high class and the electric ones. Decals, rims and spokes are produced entirely in Bulgaria. The painting of the frames and forks is also done in Bulgaria. The remaining parts are imported, mainly from China and Taiwan.

However, Leader 96 is different from the competition. The rest of the manufacturers assemble bikes without participating in their design. “It is not like this where we are. We invent design, parts, marketing. We have a great production department, which generates many ideas, “said Dimitar Zlatanov. 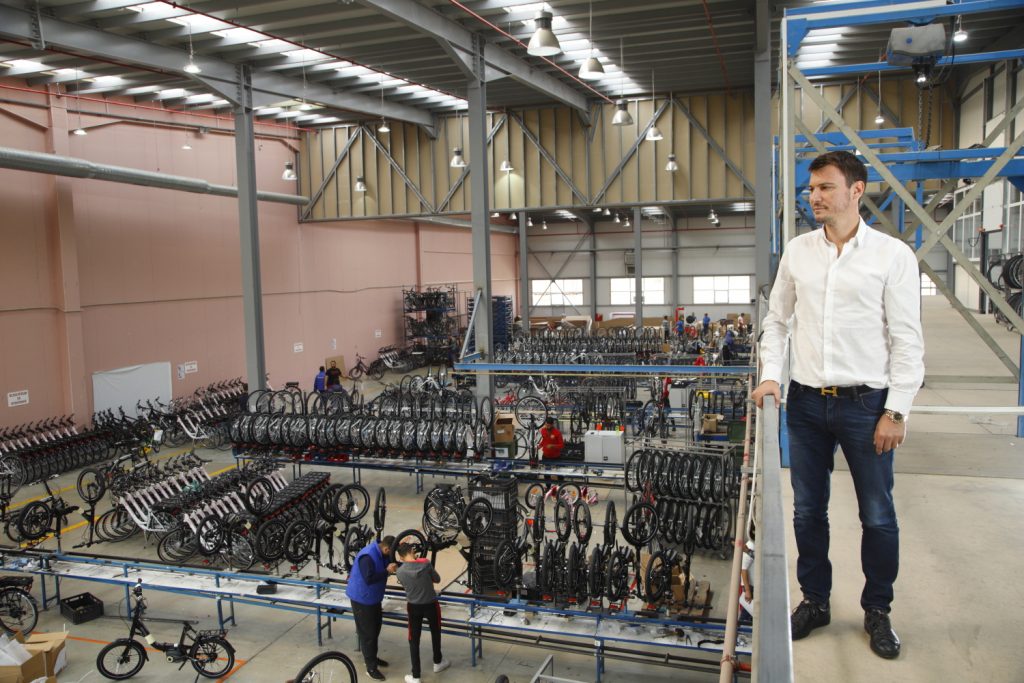 According to him, the future of “Leader 96” is in the production of high-end bicycles and especially electric ones. “Currently, the factory’s capacity is to assemble 120,000 ebikes per year, which is the goal for 2021.” His vision is for the company to make only electric bicycles in five years. And the swing he’s working with is impressive. Currently, the Bulgarian company and the Baltic Baltik Vairas assemble 700,000 wheels a year, making them the third largest in Europe. “This will soon change, our goal is to be number one,” says Dimitar Zlatanov.

The future is in the electric bikes

150 million electric bicycles are expected to be sold in the EU over the next ten years, according to data from the European Cyclists’ Association. Germany is the leader in sales of electric bicycles with 980 thousand units in 2018, or 36% more than in 2017. In the spring of 2019, the Association of European Bicycle Manufacturers lobbies the European Commission to increase investment in infrastructure for cyclists . This, according to the organization’s estimates, will create 225,000 new jobs. The sector currently employs more than 650,000 people in the EU.