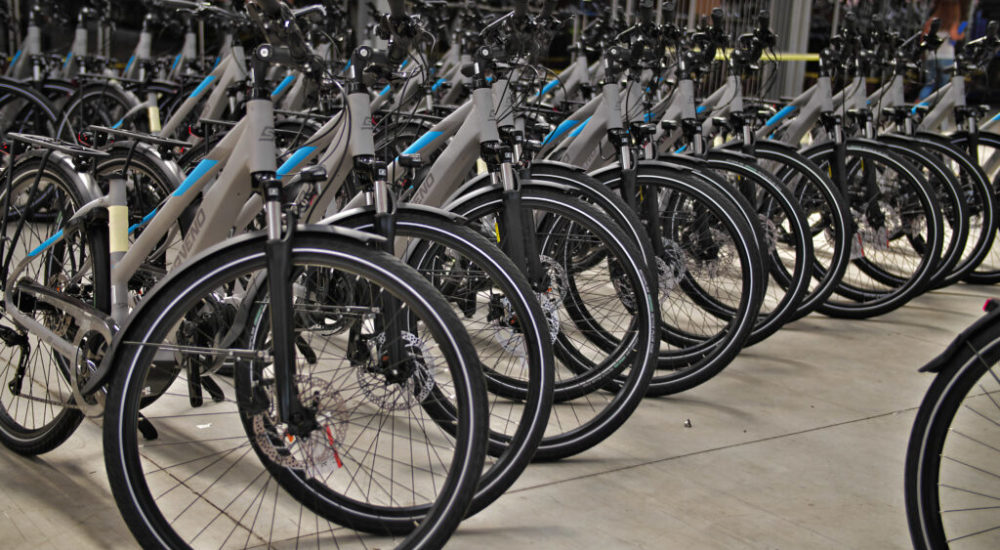 Silently and elegantly, as they ride, electric bicycles have moved an entire industry in the Bulgarian economy far ahead. In just one year, their production here has jumped from about 28,000 units to over 128,000, and exports have grown by 250% to over BGN 207 million, according to industry and national statistics. The explanation is in the limited Chinese dumping from January last year, as well as in the greater demand for electric bicycles in Europe. But there is one more detail – the factories in Bulgaria have been preparing for this moment for years, so when Brussels stopped the Chinese containers, they were completely ready to occupy the free market niche. From their position as the fifth productive force in Europe, local companies are recognizable for the big brands, which now turn to them not only for the assembly of their classic models, but also for the new generation of bicycles – with an electric motor in the frame. 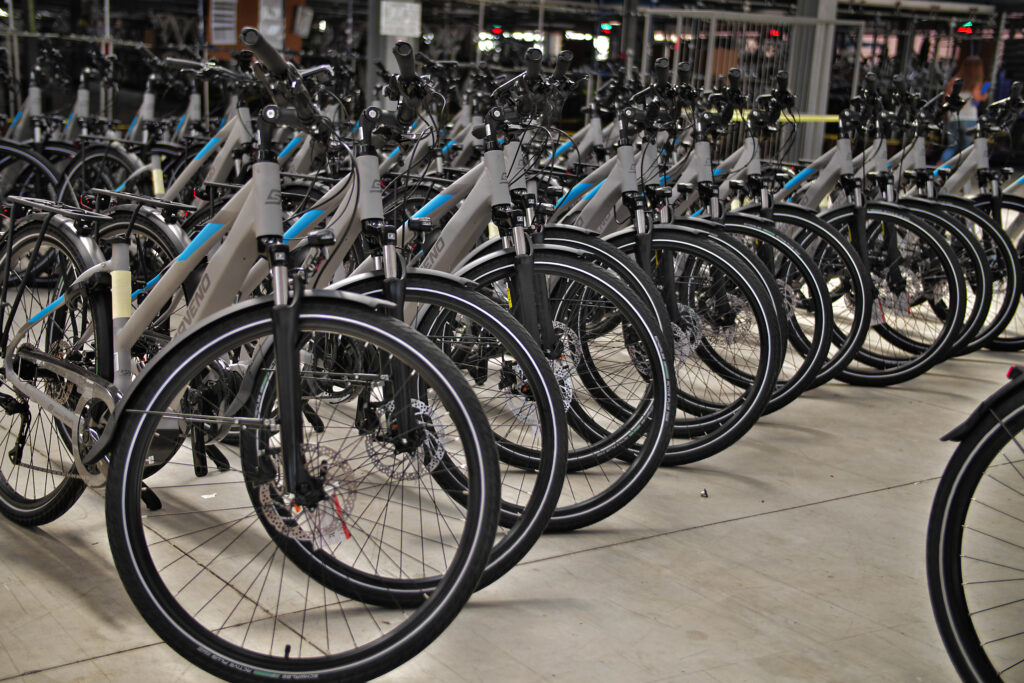 For now, growth is projected to continue, which means more added value for the economy and several hundred new jobs in different parts of the country, mostly in the countryside. But there are some inequalities on the bike lane – for now, Bulgarian companies are succeeding thanks to long-delayed payment schemes to Chinese component suppliers, which could quickly be reversed. There are also offers to buy factories from Chinese investors in the industry. Painful are the issues with the quality of the production and with the difficulty of finding qualified personnel, which turn out to be a vital resource for such production.

Only five years ago, the production of electric bicycles in Bulgaria was something boutique, and some companies even suffered losses because they started offering them before the market was ripe for them. Now this type of bikes are in the focus of entrepreneurs who are on the way to completely reorient to them. Perhaps the clearest illustration of this is the sharp jump in the export price – if until three years ago it was in the range of 100-150 euros, now it is in the range of 700-750 euros according to the sector and statistics.

Bulgaria mainly produces mass-class city bicycles, which are sold in Europe for between 1,000 and 2,000 euros. Orders are taken for a year – a year and a half ahead and come mainly from long-term partners who order toll. Own brands of electric bicycles are also available. Exports are to countries such as Germany, Belgium and the Netherlands, where every third bike on the streets tends to be electric. It mainly works with Chinese drive components – front and rear engine, but there are also systems with Bosch and Shimano. However, they are made in series of up to about 100 pieces, while the Chinese reach series of a thousand pieces, industry experts comment. 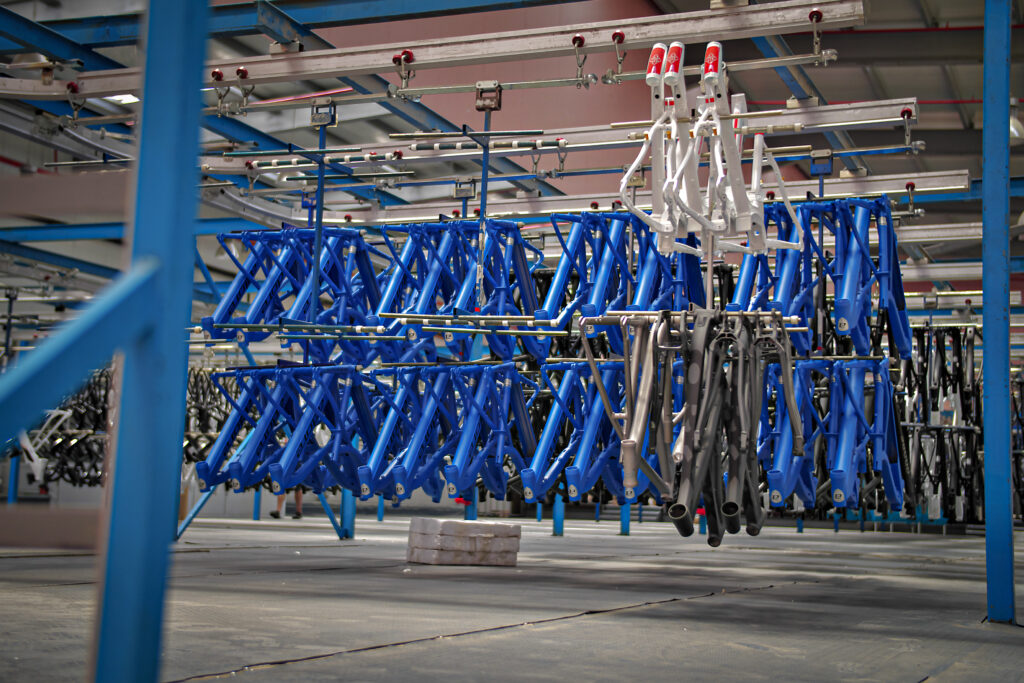 Almost all the details are imported from China, and unfortunately this boom does not attract other related industries. The opportunity for added value with components from Bulgaria is along with small details, such as rims.

Key to the ability of local manufacturers to take orders for electric bicycles is their experience and long-term contacts with component manufacturers in China. Thanks to this, they receive large credit limits and deferred payment from suppliers in the range of 90 – 120 days.

In the top three of the companies that contribute to the boom in the production of this type of bicycles in our country are Plovdiv “Leader 96” and “Maxcom”, as well as “Cross” – Montana. Their growth is huge and their capacities are almost at the limit. “The increase in production is six times, and this year the growth will be another 40%. We are working at 100% load on our capacity “, testified Nikolay Videnov, Commercial Director of Plovdiv’s Maxcom. “For 2018 we have produced and sold 26 thousand electric bicycles compared to those planned for 2019 – 55 thousand. The plan for 2020 is 100 thousand, and we are currently working at 65% of our capacity,” adds Yordanka Mancheva, commercial Director of Leader 96. Cross-Montana did not want to comment on what is happening in the industry. 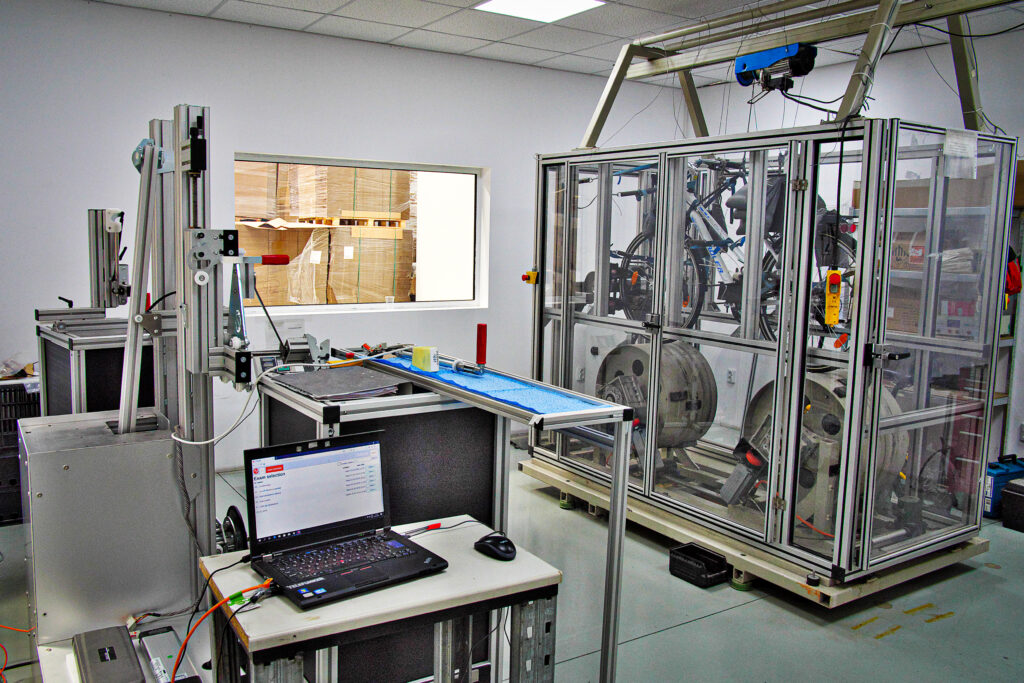 The boom is expected to continue, which is an occasion to invest more in factories. The most difficult thing so far is not in working capital or investment resources, but in finding a skilled workforce, as electric bicycles have their own requirements. Unlike the classic ones, the electrical part is passed through the frame and in addition to the sockets and controllers having to be connected correctly, programming and settings are required. It is enough that one sensor is not installed correctly so that the bicycle does not start.

Bulgarian factories are not the only ones booming despite the limited dumping of Chinese electric bicycles. All traditional manufacturers take advantage of the open business opportunity, which keeps the competition high. The latest data from the confederation of the European cycling industry CONEBI are for 2016, when production in Europe was just over 1.6 million electric bicycles and Bulgaria had only a 2% share after countries such as Germany, the Netherlands, Hungary, France, the Czech Republic, Romania, Italy and others.

How the forces will be distributed and whether Bulgaria will maintain and improve its position will depend not only on the price, which is currently a competitive advantage, but mostly on the quality. Executing orders for chains such as Decathlon and for brands such as Bianchi, Bulgarian factories operate with a high bar, but it is a fact that products made in Bulgaria are exported with built-in Chinese drive systems, which can position them in the low price segment. 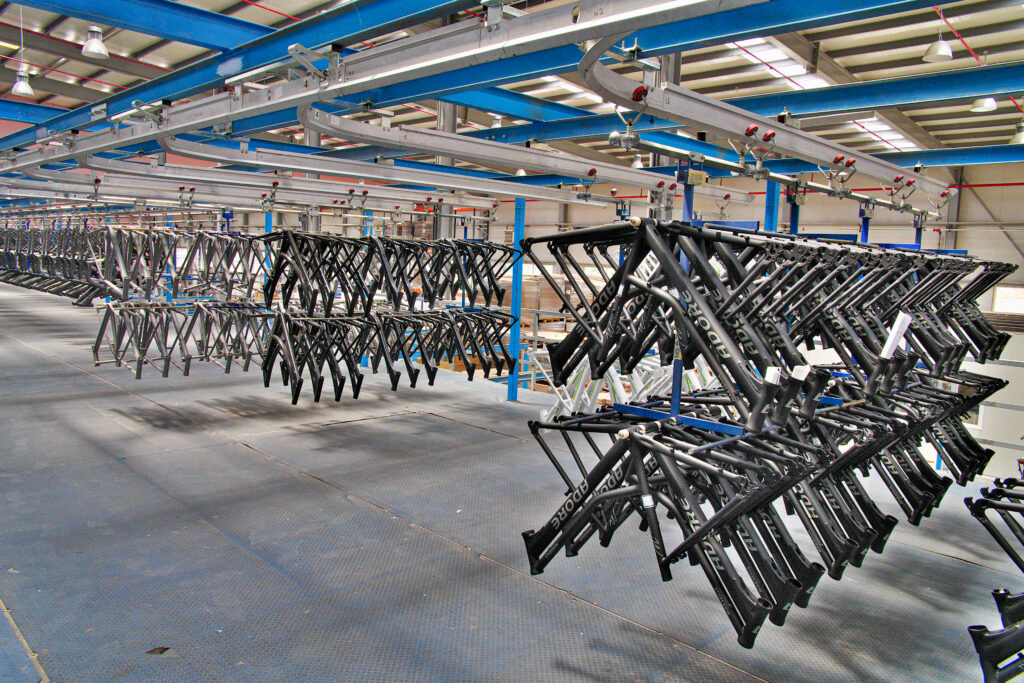 The good news is that electric bicycles are not a current trend that risks disappearing, but are already a proven mobility system, especially in the city, and this will continue to drive the market worldwide. According to data from the specialized media for the bicycle industry Bike Europe in the countries of the European Union, where the main market of Bulgarian manufacturers is, 3.3 million electric bicycles are bought annually, and next year consumption is expected to increase to 3.6 million. they come from China, Taiwan and Vietnam, and the increase in import duties from 16.2% to 70.1% does not completely stop the influx from the east. It remains strong as China has overcapacity for production, which is subsidized and leads to the export of goods at below cost. At the same time, Brussels is trying to protect the industry of the Old Continent on the grounds that it employs over 40,000 people, of which nearly 2,000 in Bulgaria.

Entrepreneurs in the sector say that after the embargo, Chinese manufacturers have become aggressive in their attempts to set foot on the continent and make offers to buy shares in businesses or even entire factories. “We are interested in transferring projects that we can work on together – they with components delivery and we – with assembly”, confirms Nikolay Videnov from “Maxcom”, and Yordanka Mancheva from “Leader 96” explains that for Bulgarian manufacturers such partnerships are not interesting and are subject to regulation by the European Commission and local authorities ”.