This year, two of the Men’s Singles Awards are heading to the seaside:

Ivan Pritargov, who won first place in Men’s Singles this year, has been a regular participant in the tournament for 7 years. Last year at the LEADER Open 2021, Radoslav Vladimirov from Sofia beat Ivan in the Men’s Singles final and became first – this year the two met in the ¼ Finals and Ivan advanced to first place. Perhaps the draw also had an impact because Vladimirov had one of the last matches of the day on Saturday and was not well rested.
The match for 3rd place was very contested, with Rosen Markov from Burgas and Dimitar Avdzhiev from Stara Zagora playing. Avdzhiev was a 3rd place Men’s Singles finalist at the tournament last year. This year, he was not able not rank in the top three, as the game on Saturday at the 1/8 Final lasted until 23:00. on lamps – fatigue had its effect. Markov prevailed over Avdzhiev and took 3rd place in Men’s Singles.
The three finalists of Single Men received brand new electric bicycles from Leader 96 EOOD and cash prizes from University Hospital “Palmed”. 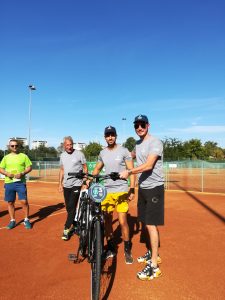 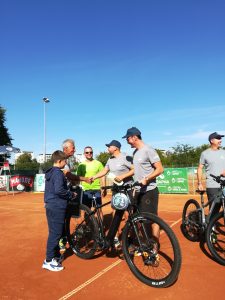 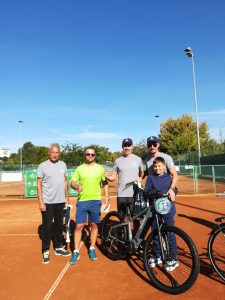 The men’s doubles final round match was between the Mirchevi brothers from Plovdiv and the pair from Kazanlak – Mitko Pavlov and Vasil Chushev. It was a tight game and it wasn’t clear until the end who would take the top doubles spot. The finalists won LEADER company bikes (2 electric bikes per couple) and cash prizes from Palmed University Hospital.

Total number of entries for Men’s Doubles – 22 pairs /of which 1 pair was disqualified/. 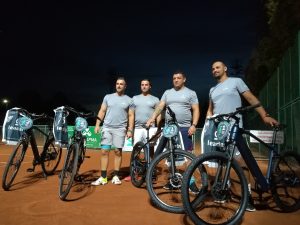 During the tournament, which lasted Saturday (24.09) and Sunday (25.09), LEADER company provided 7 of the best-selling models of electric bicycles for Test Ride. Each of the attendees could take advantage of a free ride on a high-class bicycle after being instructed by a representative of LEADER 96 company.
Catering was provided by the organizers for both days for all participants, and dairy products from Manole Dairy were also present.
Balls for the matches during the tournament were provided by the organizers – this year Wilson Tour Premier All Court balls were used.
The event was held for the 11th consecutive year – some of the participants are now regulars. The weather forecast pleased everyone with lots of sunshine.

We hope everyone had fun! Dispute is health – be healthy and active! 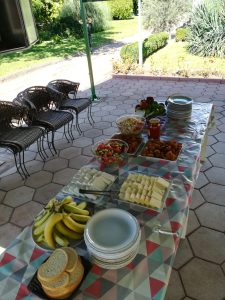